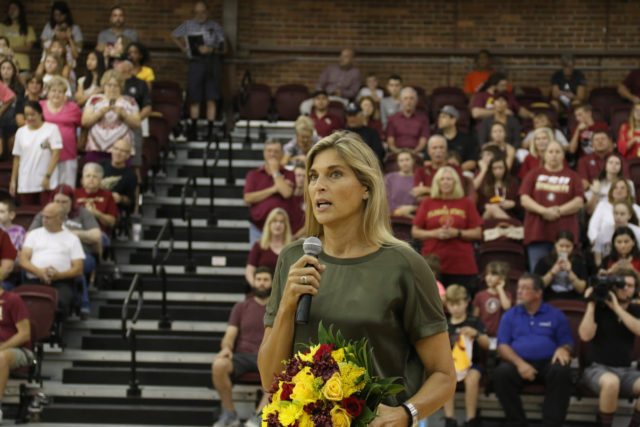 As part of Sunday’s Alumni Weekend celebrations, Florida State and pro beach volleyball star Gabrielle “Gabby” Reece had her No. 6 jersey retired ahead of the Seminoles’ ACC match with North Carolina.

Reece is just the 26th overall Seminole athlete to have his/her number retired and first ever volleyball player.

Reece was the recipient of the Dodge National Athletic Award for Most Inspiring College Athlete in 1989 and recognized by Rolling Stone as one of the Wonder Women of Sport that same year.

Reece met with the Florida State indoor and beach teams ahead of Sunday’s jersey retirement ceremony.

For more info and photos